History of the Boer War

The unequal struggle between the tiny Boer republics and the enormous might of the British empire at its height, is a story which deserves to be remembered. It is a history of courageous warriors, daring raids, and bungled opportunities. 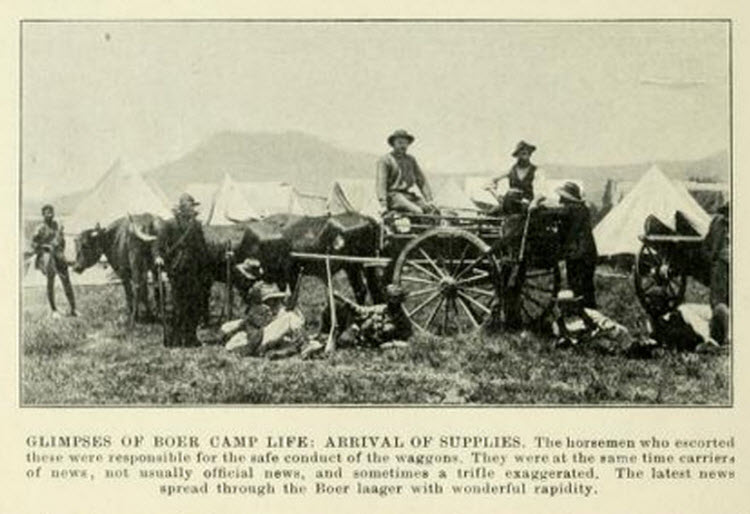 History of the Boer War

The Transvaal Republic was founded in 1849 by Boers who bad left Cape Colony and, after a sojourn in Natal, had established an independent government in the wild interior, and subdued the fierce native tribes. The republic was recognized by the English government in 1852. In 1877, however, it was formally annexed to the British Empire. But in 1880 the Boers rose in rebellion; after the battles at Laing's Nek and Majuba Hill, disastrous to the British arms, articles of peace were signed in March, 1881, by which, self-government was restored to the Transvaal, while England retained a suzerainty in regard to foreign policy. In 1884 a second convention was made; the Transvaal became the South African Republic, and the English suzerainty was withdrawn, although certain treaties might still be vetoed by the British government.

But there was constant friction between the Boers and the Uitlanders, as the foreigners were called. There were a great number of these, drawn to the Transvaal by the wealth of the country, and seeking the franchise and a large power in the government. The crisis was precipitated by the Jameson Raids in '95 --'96, and the contemporary uprising in Johannesburg. The raiders 'were captured in their attempt at invasion and turned over to England for trial; the Johannesburg revolt was promptly suppressed by the government. But the "Boers began preparations for the war they saw to be inevitable. The British right of suzerainty was asserted anew by Mr. Chamberlain, and in 1898 there was a renewal of the agitation among the Uitlanders in regard to the franchise and other matters of controversy. Discussion of the troubles between the two governments proved futile, and the first act of war took place October 11, 1899, in the "commandeering" of a train at Harrismith. General Piet Joubert, the Vice-President of the Republic, and a very able officer, commanded the Boers in Natal, while the English were under General Buller. The Orange Free State joined the Transvaal in its struggle, and the President, Steyn, was most active in the prosecution of the war. 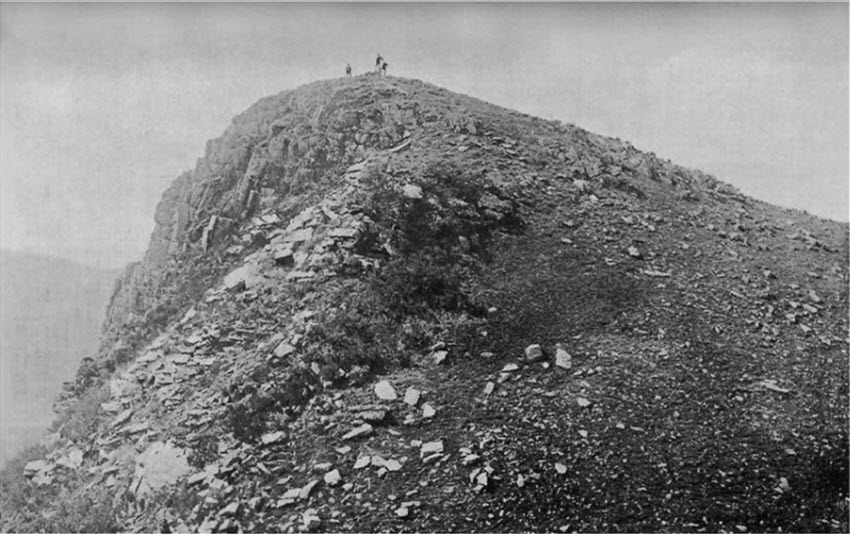 Majuba Hill, Where One of the Bloodiest Battles of the Boer War was Fought

The Boers took the offensive at the start of the war. Mafeking was promptly besieged by General Cronje, and General White was soon shut up in Ladysmith by Joubert's effective campaign. The English troops suffered severely in the battles of Belmont and Graspan; and Modder River, fought on November 28, was called by Lord. Methuen, the British commander, one of the hardest and most trying encounters in the annals of the British army. His reverses at Magersfontein, a few days later, obliged the English general to retreat; the marksmanship of the Boers, their persistive courage, and their thorough knowledge of the country made them, in spite of their small numbers, very dangerous antagonists. General Buller advanced, on December 16, upon the Boer position at Colenso. But he lost nearly all his artillery and was forced back with heavy losses. Spion Kop, fought soon afterward, was also an English reverse. The two republics were able to put into the field about seventy thousand men in all, while the English forces numbered two hundred thousand in the first stages of the war, and were increased later.

Lord Roberts, with Lord Kitchener, took command in person on January 10, 1900, and at once began the invasion of the Free State and active operations against Cronje. In February, after several days of fierce fighting near Paardeberg, the Boer general was forced to surrender. He was deported to St. Helena. After this event, and the occupation of Bloemfontein, the capital of the Free State, President Kruger, after a conference with President Steyn, sent a circular note to the United States and to European powers asking their mediation on the basis of the preservation of the two republics. The United States was the only one to address the English government on the subject. Lord Salisbury replied that no proposals of mediation by foreign powers would be considered. 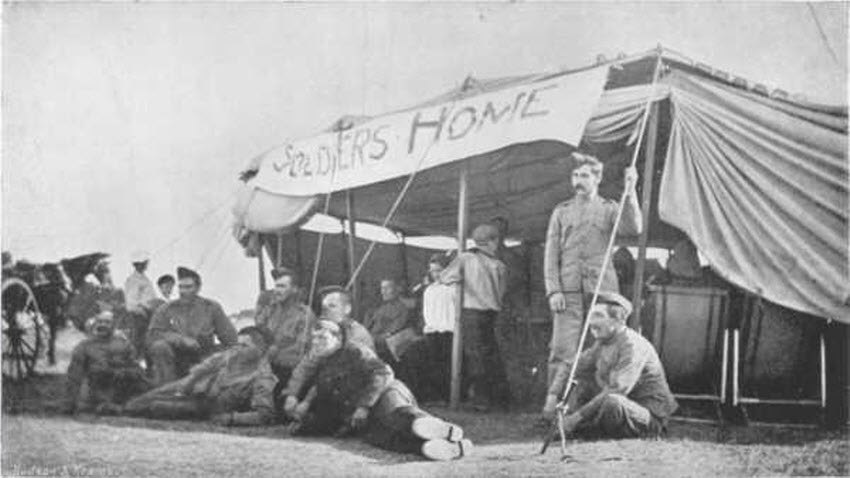 
Ladysmith was finally relieved by General Buller on the first of March, 1900. In May of that year the capital of the Republic, Pretoria, was occupied by English troops, and on September 1, the Republic was declared formally annexed to Great Britain as the Transvaal Colony. The Boers, however, refused to acknowledge the annexation, as they were still in military occupation of a large part of the country. President Kruger went to Europe in November, 1900, to seek intervention; but be did not meet with success.

The famous General Joubert had died in the preceding March, and had been succeeded as Vice-President by Schalk Burger, and as Commandant-General by Botha. The latter, with his shrewd and active subordinates, DeWet and Delarey, baffled Roberts and Kitchener constantly. Lord Roberts returned to England early in January, of 1901, leaving the campaign entirely in the hands of his lieutenant, who settled down to reduce the Boers by sheer force of numbers, and the severity of war. During the spring of 1901 some discussion of peace conditions was held, but it came to nothing. Meanwhile, the slender Boer forces, then scarcely more than eight thousand men, were conducting a startlingly effective guerilla warfare. General Christian DeWet was especially prominent and successful in this. Lord Kitchener's methods grew increasingly drastic; but his peace proposals, which were repudiated by Mr. Chamberlain, were excellent, and might well have brought the bitter struggle to a close at this time. The Boer population had become, by the end of 1901, so terribly reduced, that there was scarcely any army left, while the British forces were rapidly going above the two hundred and fifty thousand mark. Yet there was no cessation of hostilities : the detached bands of the Boers continued to appear where least expected, and brief encounters were constantly taking place. 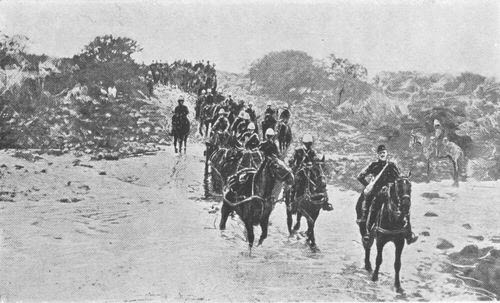 At the end of January, 1902, the Dutch government, through Dr. Kuyper, the Prime Minister of Holland, made proposals to England looking toward a plan by which . peace negotiations could be undertaken, but they were rejected. About the same time, Kitchener was making an extraordinary effort to capture De Wet and his force. The Boer leaders escaped, though with difficulty and loss, from an inclosing parallelogram composed of twenty-three British columns. On March 7, General Delarey delivered a startling blow by a sudden attack which resulted in the capture of General Methuen, the senior British officer in South Africa, next to Lord Kitchener. No less creditable than the strategic skill shown in the capture, was Delarey's courteous treatment of Methuen, and the early release accorded him.

The next two months were chiefly taken up with negotiations for peace, which prospered at last, and the terms were agreed upon in June, 1902. Absolute political independence the Boers did not receive ; but they had long recognized that to be an impossibility. Many vital points, however, they did obtain: particularly important was the matter of clemency to the Cape Colony men on which they resolutely insisted. The Boer prisoners, by the terms of the treaty, were brought back, and the Boers received full amnesty and political rights. Since that time the Colonies have prospered, difficulties of race and creed have been settled, and in 1910 the whole of these South African Colonies became the Union of South Africa, a part of the Imperial British Dominions, with a Governor General, a Senate, a House of Assembly, and Provincial Councils in each province with the seat of the Government in Pictoria and of the Legislature in Cape Town.