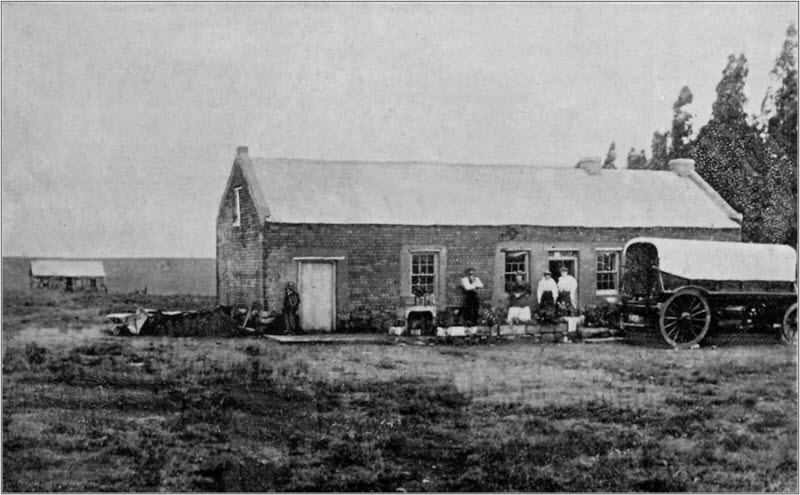 The Boer War has now largely been forgotten, overshadowed by the Great War, which engulfed the entire world in a suicidal conflict only 12 years after the fighting between the Boers and the British Empire had ended. However the Boer War was by no means an insignificant conflict; lasting almost as long as World War 1, the Boer War was the first great war of the new century, and in many ways a rehearsal for all of the wars that followed. 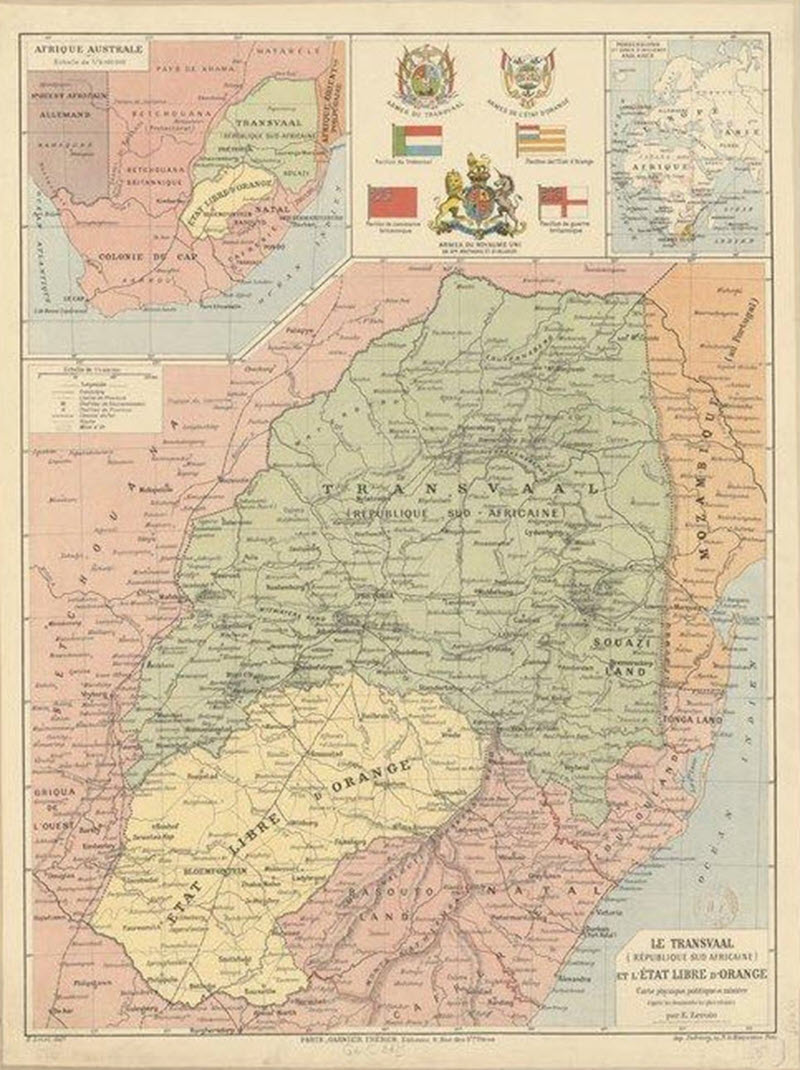 Map of the Boer Republics and South Africa

Their descendents first arrived in the Cape of Good Hope between 1652 and 1795, when the area was administered by the Dutch West India Company. The Company's main interest in the area was to maintain a supply depot to service its fleets on the way to the East Indies, and it was not interested in establishing a colony. However, some of the East India Company employees established farms to supply the outpost and passing ships with food and therefore a colony of sorts was established. Their numbers were later augmented by the arrival of Huguenot Protestant refugees from France as well as Dutch and German missionaries. Most of the original Dutch settlers were men, and they intermarried with local African women. In many cases the women were slaves.

The Boer were primarily farmers. They spoke a language related to an antiquated form of Dutch. They regarded themselves as Africans and had no strong connection to the mother country or culture, having developed a local culture and social organization of their own which was marked by a deep sense of independence and self reliance. The cartoon below sums up the stereotypical view of the Boers: 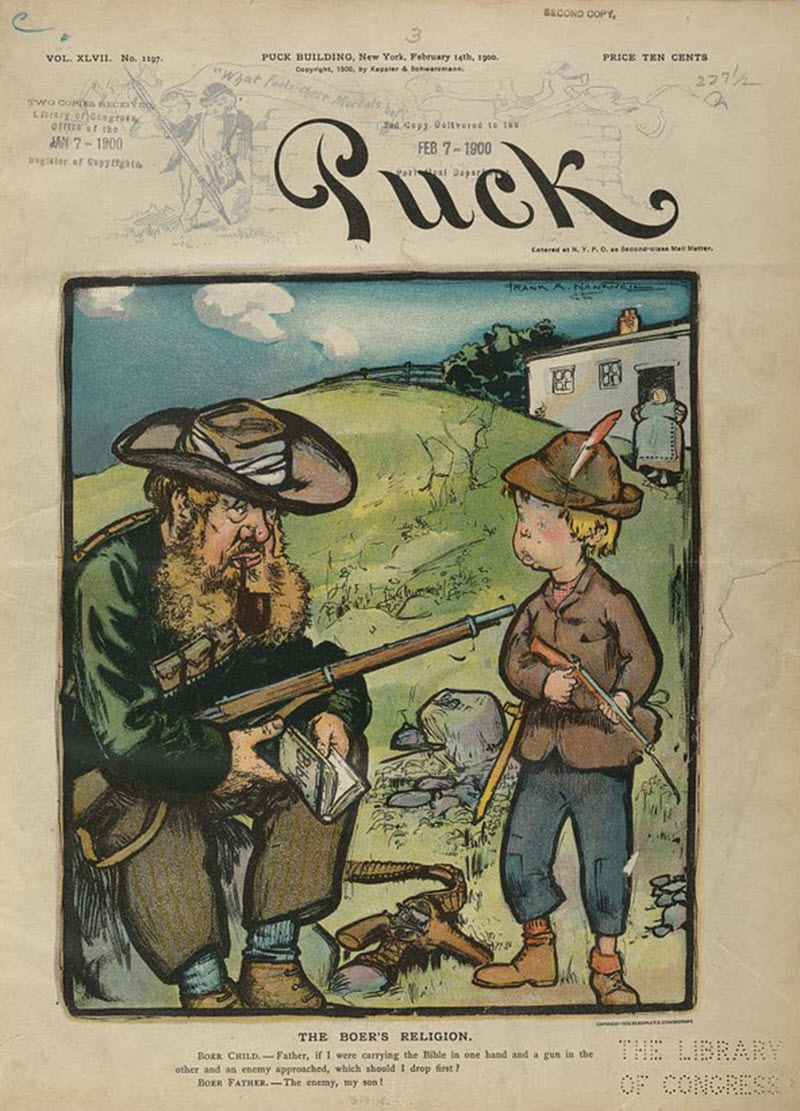 This satirical drawing appeared in the February 14, 1900 issue of "Puck," a leading U.S. magazine of the time and is entitled "The Boer Religion." In the illustration, a young Boer boy is seen asking his father: "If I were holding a Bible in one hand, and a rifle in the other and I see the enemy approaching, which should I drop first?" To which the Boer father replies: "The enemy, my son!"

These qualities were put to the test as encroachment by Great Britain began threatening the Boer way of life and ultimately led to war between the Boer republics (Transvaal and Orange Free State) and the British Empire.

After the annexation of Cape Colony by Great Britain, troubles arose between the Government and the Boers, and in 1836 many of them left the colony in what was described as the Great Trek and founded the Orange Free State and also the Transvaal Republic. In 1858 the Boers gave themselves a constitution, and after a time the commonwealth was recognized. But in 1877 the Cape Government, fearing an outbreak which might lead to a general rising of the natives, took possession of and annexed the territory. In December 1880, the Boers took up arms, but a treaty of peace ensued in 1881 under which British suzerainty was recognized as to foreign affairs. In 1884 this treaty was modified, and the suzerainty was practically given up by the British Government.

An uneasy peace was maintained between the Boer Republics and Great Britain's Cape Colony. The relationship was marred by the territorial ambitions of the British, and culminated in the second Boer War, which is dealt with on this site.